Cynthia Roman on Royal Divorce in the Media: Georgian Satire and the Queen Caroline Affair (1820). A media frenzy in which London print sellers and booksellers produced an enormous variety of prints, pamphlets and broadsides feeding a politically polarized public hungy for news and gossip.

Presented by the School of Art, Media, and Technology at the Parsons School of Design.

Parsons School of Design, School of Art and Design History and Theory 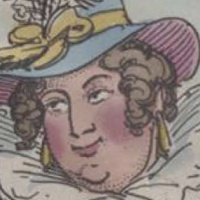