It is common to ask whether populism is a threat or a corrective to democracy. In the empirical literature, the conclusion tends to be that it is both. Some normative accounts, most notably those of Laclau and Mouffe, promote populism because of its alleged ability to deepen and recover democracy. Both of these strands of the literature are inhibited by an observer's perspective, which means that they evaluate populism as a phenomenon that affects democracy from the outside rather than as an alternative set of ideas about democracy. This paper proposes an alternative approach to populism, which uses the publicity condition first suggested by Kant and later expounded by Rawls. The publicity condition entails taking a participant perspective, where you regard yourself as involved with plural others in a common enterprise of deliberation, choice, and action. While the observer considers the causes and effects of different doctrines in order to explain, manipulate and/or exploit political practice, the participant asks whether we could make a doctrine our own, as something we would want to promote for others and ourselves, as well as use to assess the health of our democracy.

Christian F. Rostbøll is a Professor of Political Science at the University of Copenhagen, Denmark and holds a Ph.D. from Columbia University, USA. He has published extensively within political theory. He is the author of Deliberative Freedom: Deliberative Democracy As Critical Theory (SUNY Press, 2008), and of articles in, among other journals, Journal of Politics, Political Theory, Constellations, Critical Review of International Social and Political Philosophy, Philosophy & Social Criticism, European Journal of Political Theory, Social Theory and Practice, and European Political Science Review.

The New School for Social Research, Department of Politics 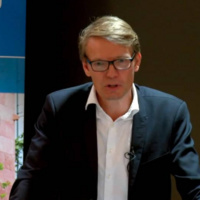